The Wanderer / The Canterbury Pilgrims

On May 19 2012 we combined with Ledbury Community Choir in the Shire Hall, Hereford, for a performance of

‘The Wanderer’, a 40-minute work for chorus and orchestra, was composed by John Frith, who lives in Ledbury, as a commission for the Ledbury Poetry Festival in 2008 when its first and only complete performance to date was given by Ledbury Community Choir. It is a setting of eight poems by John Masefield, who was also a Ledbury resident. The poems are entitled: Cargoes, Tewkesbury Road, Beauty, On Eastnor Knoll, The Seekers, Trade Winds, Sea fever and The Wanderer’s Song.

George Dyson’s ‘The Canterbury Pilgrims’, settings for soloists, chorus and orchestra of portraits chosen from the Prologue to Chaucer’s Canterbury Tales, was very popular with choral societies for a decade or so after its composition in 1930 but has since fallen out of the repertoire. The music is ‘uncomplicated, self-confident, vivacious and tuneful’ and the work deserves a revival. Moreover, it forms a perfect partner for ‘The Wanderer’, both works being about travelling and requiring similar orchestral and choral forces. The two works in their entirety are too long for the same concert and so, by permission of Oxford University Press, some of the portraits set for solo singer were read by Bernadette Kearney, a former BBC West Midlands television presenter and newsreader. The movements we sang were Prologue, The Knight, The Clerk of Oxenford, The Haberdasher and his Fraternity: The Merchant, The Shipman, The Poor Parson of a Town and L’Envoie.

Soloists in the Dyson work were James Rhoads, a lay clerk at Worcester Cathedral, and John Frith. 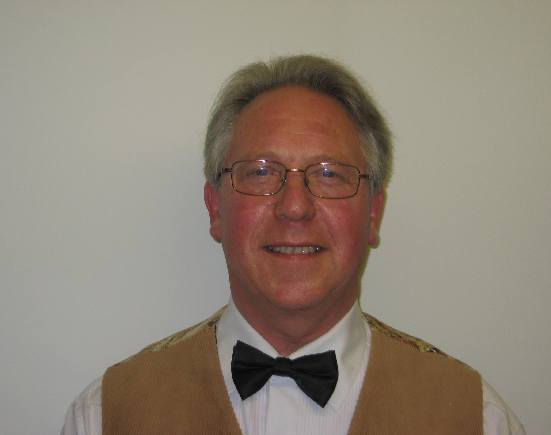 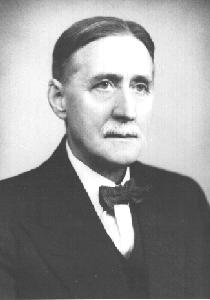 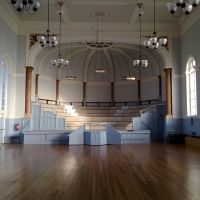 Inside the Shire Hall