The Penyard Singers in France – May Day Weekend 2009

On Friday May 1st, 2009, The Penyard Singers travelled to Condé-sur-Noireau, Normandy to present a concert as part of the celebrations to mark the Thirtieth Anniversary of the signing of the Twinning Charter between Ross-on-Wye and Condé. Two coaches left Ross at 3am on Friday morning to spend the weekend staying with French families (who regularly host Ross families) however, this year 33 choir members and supporters were also found places in family homes and all were made most welcome.

The concert was performed on the stage of the town’s cinema on the Sunday evening and the repertoire included:

The concert was a partial repeat of the fundraising concert that The Penyard Singers had performed one week earlier at John Kyrle High School, Ross in aid of Hope for Tomorrow (raising money for a mobile chemotherapy unit). The 200-strong audience in Condé was somewhat bigger than the choir is normally used to but they were most appreciative and the choir enjoyed the concert, and indeed the whole weekend, enormously. 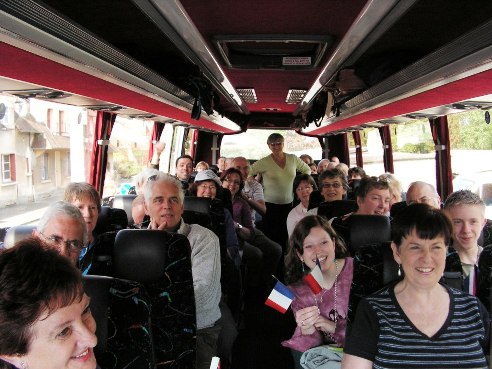 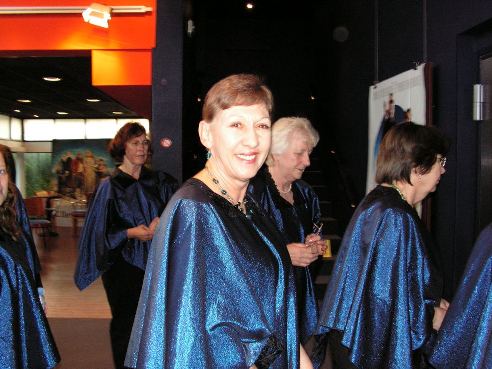 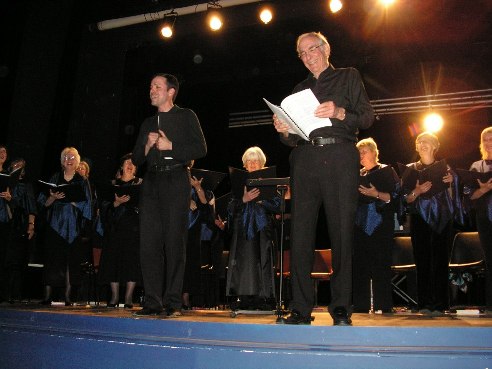