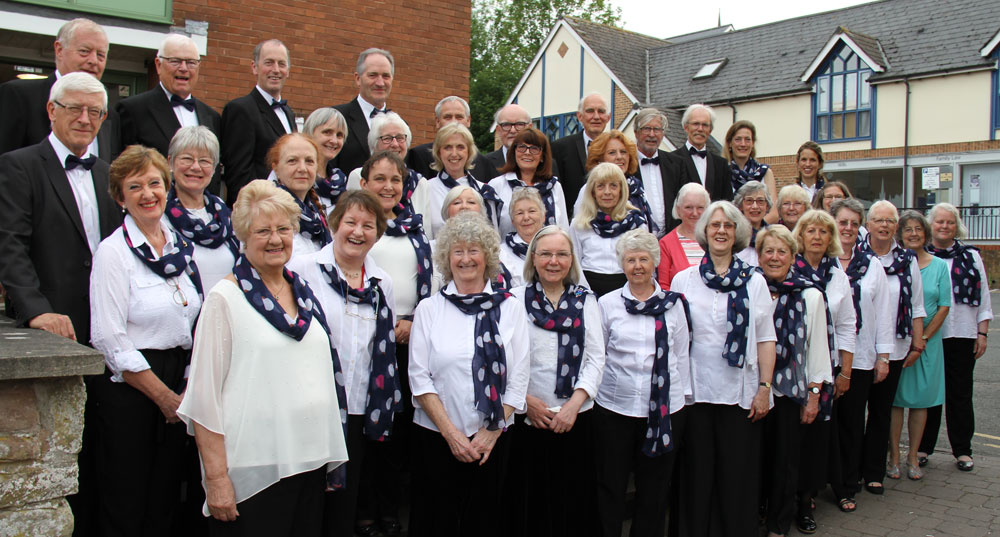 Ross Penyard Singers once again delighted a large and receptive audience at their concert on the theme of ‘Spring’, on Saturday, 25th May at The Venue in Ross town centre. The programme was devised by their Musical Director Peter Johnson, with music ranging from mediaeval pieces such as “Sumer is I-cumen in ‘, through renaissance music such as ‘Mille Regretz’ by Josquin des Prez to more modern numbers such as ‘Dirty Old Town’ by Ewan McColl and ‘Let’s Fall in Love’ by Cole Porter. Solo numbers, duets and trios were sung by regular members of the choir, which demonstrated the depth of talent available to them. Musical accompaniment was provided by pianist Philip Holland and Anne Purdie ( a member of the choir) on the saxophone.

Poetry readings on the theme of spring were interspersed throughout the programme, including ‘ Spring Song of the Birds’ by King James 1 of Scotland’ and ‘Weathers’ by Thomas Hardy, and were very ably performed by Liz Berry.  The compère for the evening was Phil Angus, who was able to provide interesting background information on the musical pieces being performed.

The event was used to raise funds for the Severn Freewheelers, who have been chosen as the choir’s charity for 2019. Members of the charity attended the concert and were available to speak to the audience about their work.

Many members of the audience spoke to the choir after the concert to comment on how much they had enjoyed it. Janis Roberts, who had travelled all the way from Kent to attend the concert, said, “ It has been a thoroughly enjoyable and memorable evening. I particularly enjoyed the imitation of a cuckoo during one song which made me smile.”

The next concert to be given by the Ross Penyard Singers will be on the 23rd November 2019, which will include a set of spirituals arranged by Michael Tippett and music by Haydn, supported by a string quintet and a clarinettist, so put the date in your diary !

The choir will resume rehearsals for this concert on 5th June, and new members would be very welcome. We are a non- auditioning, sociable choir who meet on Wednesdays at 7.00 pm at Christ Church on Edde Cross Street in Ross. Come along and give singing a go – you may find yourself acquiring the singing bug. 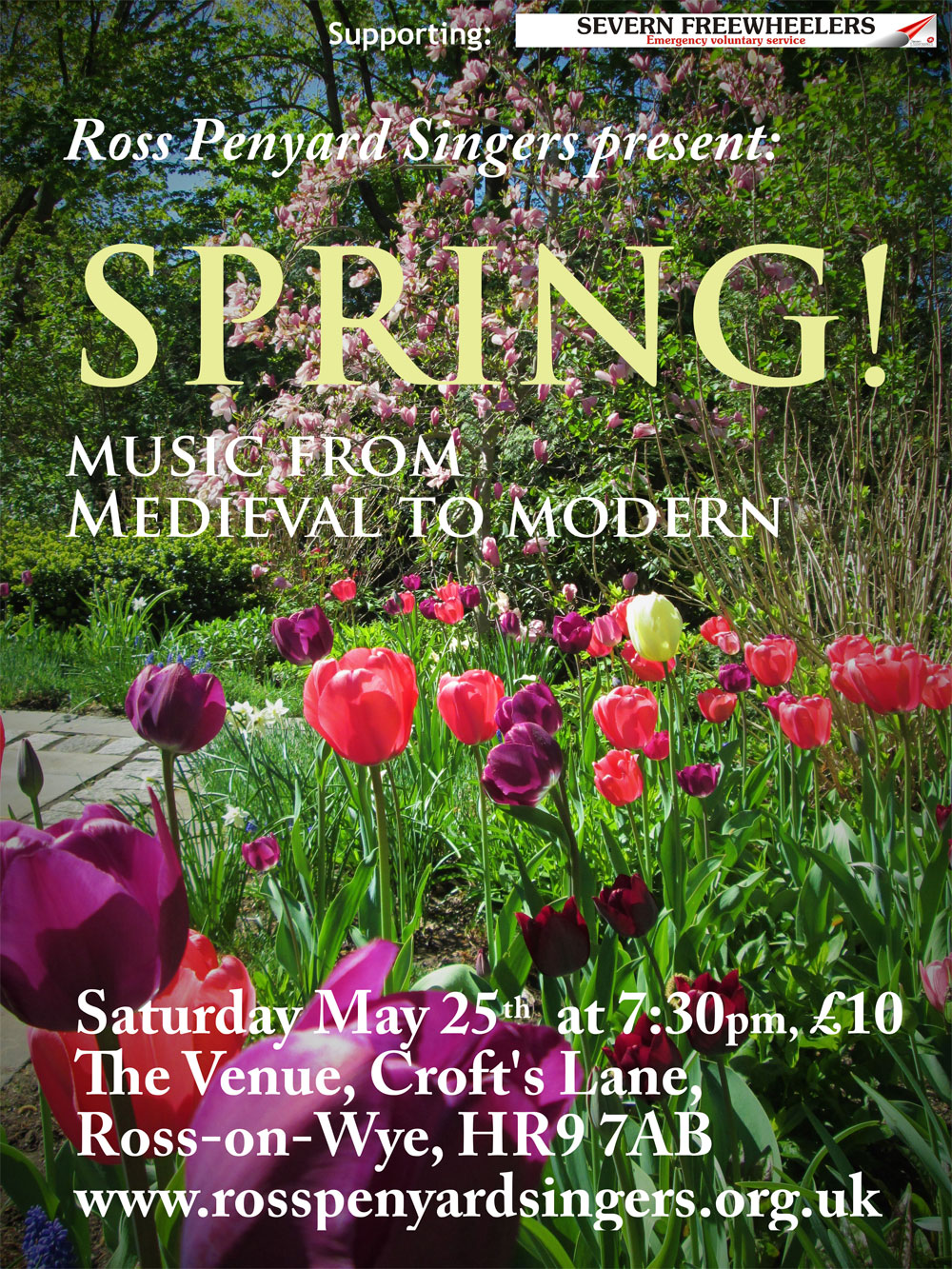