Bishopswood  Hall was the venue for an enjoyable evening of  choral and orchestral music given by The Penyard Singers and The Penyard Chamber Orchestra on Saturday May 14th in aid of Marie Curie Cancer Care.

The concert began with three Classical works. The first, Franz Joseph Haydn’s Missa brevis St. Joannis de Deo, is a setting of the complete Latin mass which the composer compressed into a 15-minute work by setting several clauses of the text simultaneously in different voices. The Missa brevis is also known as the Little Organ Mass because of an extensive organ solo in the Benedictus. The choir and orchestra produced a full-bodied version of the mass, perhaps aided by the resonant acoustic of the hall, in some contrast to the original performance given by the seventeen musicians of the Hospitallers’ chapel in Einstadt in 1775. Joanne Sparkes was an accurate and musical soloist in the Benedictus, Vaughan Bennett was the organ soloist.

The mass was followed by two well-known pieces by Wolfgang Amadeus Mozart – Ave verum corpus and Laudate Dominum (from Vesperae Solennes de Confessore.)The “Laudate Dominum” from the Solemn Vespers of 1780 is a real test of legato singing for the soprano soloist, demanding excellent breath control to float the deceptively simple solo line. This test was met admirably by Joanne Sparkes  with perfect intonation and clear bell-like tone.

The Romantic period was represented by Gabriel Fauré’s Cantique de Jean Racine, three motets by Anton Bruckner – Locus iste, Tantum ergo in D and Ave Maria – and two orchestral extracts from Peer Gynt by Edvard Grieg – The death of Ase and Anitra’s Dance. Fauré’s Cantique de Jean Racine was sung in French and is often performed in concert as a companion to his popular Requiem. Anton Bruckner is often described as the “master-builder of cathedrals in sound” and anyone who has heard his symphonies or settings of the mass would agree with this. His unaccompanied motets are, of course, very different in scale but when listening to them, it is not hard to imagine how they would sound in a large, resonant cathedral. They are a joy to sing. Grieg’s Peer Gynt is a 95-minute setting of a play by Henrik Ibsen and is not well-known. But our two short extracts, played by a string orchestra (plus a triangle), were familiar to almost every listener.

After an interval enlivened not only by conversation but also by excellent refreshments, the choir and orchestra embarked on Vivaldi’s popular Gloria, its popularity undoubtedly due to its general verve, energy and rhythmic bounce as well as melodic inventiveness, all typical of the composer.

The choir coped well with the demanding speed of the first chorus and the broader pace of the “In terra pax”, with its call for great breath control held no fears for them. Here was singing of great commitment and accuracy, fully revealing the ingenious and infectious joy of the text. Tina Power and Joanne Sparkes combined in the duet “Laudamus te” with faultless ensemble and expression of the words, while in the “Domine Deus, Agnus Dei” and “Qui sedes” Carol West sang with authority and real contralto tone. Pam Frith played a beautiful oboe accompaniment to Joanne in “Domine Deus, Rex Coelestis”. The work ended with all sections joining in a spirited rendition of the “Cum Sancto Spiritu” which rounded off a lively and accomplished performance. 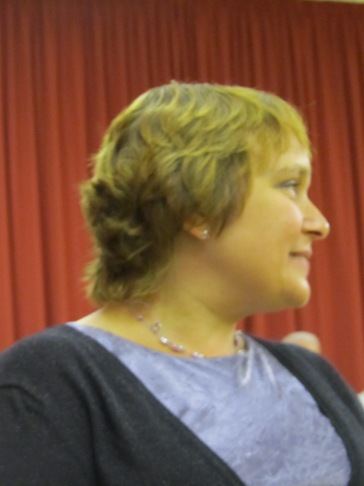 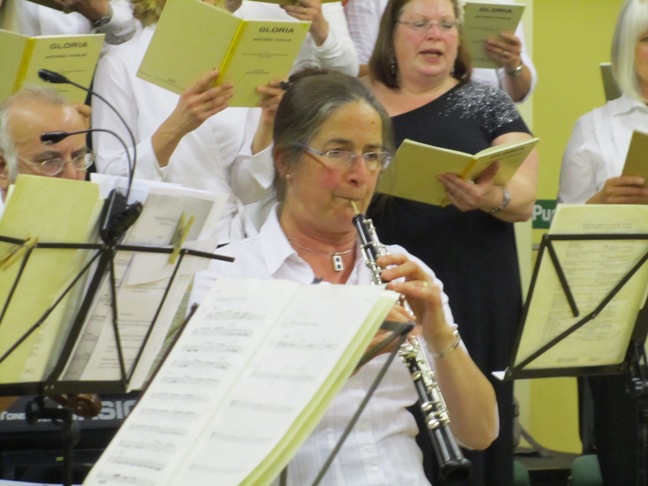