Our six week confident choral singing course led by Alison Houlbrooke, the Musical Director of Hereford Police Male Choir, ended on Wednesday with a concert for family and friends

Since the course started in mid September we have had a great introduction to some different styles of music and were astounded how quickly we were able to make a fantastic sound together. We combined work on music theory and reading music with vocal technique, along with confidence building for those who were absolute beginners to choral singing.

On our last ‘concert night’ we sang a variety of songs, from the showtune Comedy Tonight and the African Jesu Ukukhanya to Watt’s Cradle Song, Besame Mucho and Rivers of Babylon. We then enjoyed a little party of wine and nibbles and very much hope that some of the new visitors who enjoyed the course will stay on as members of The Penyard Singers.

You may remember that directed by Alison, Hereford Police Male Choir were very successful in BBC TV’s “Last Choir Standing“, 2008. Alison won praise from the judges for the precision of her conducting.

As a teenager Alison was Leader of Herefordshire Youth Orchestra and studied at Birmingham Conservatoire. Now a freelance music teacher, her work takes her into schools around the region. She also conducts Ludlow New Voices, an 80-strong youth choir, and sings with the international chamber choir “Sine Nomine”. 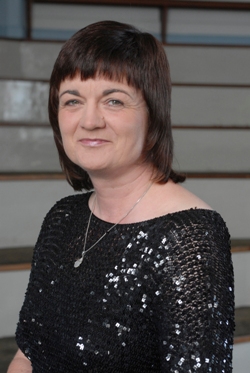