On Saturday, November 25th 2017 we hosted our second sell out concert this year. In contrast to the light-hearted ‘Journey into Space’, ‘Expressing the Divine’ gave the choir the opportunity to show off our talents in a larger scale choral work with a string accompaniment.

The programme of music from the late 19th century featured religious works by Anton Bruckner and Giacomo Puccini.

The first half of the concert focussed on a selection of four of Anton Bruckner’s most inspirational and spiritual works; the motets ‘Tantum Ergo’, ‘Locus Iste’, ‘Ave Maria’ and ‘Os Justi’. The audience were also treated to a number of solo items from the talented guest soloists Will Coleman (Baritone) and Rhys Batt (Tenor), including ‘The Pearl Fishers’ duet’ by Georges Bizet.

During the interval the sumptuous refreshments were provided by Lyn Cole and the choir and, along with the raffle, raised over £250. This will be donated to the choir’s sponsored local charity this year Cruse Bereavement Care.

The second half of the concert was devoted to Puccini’s “Messa di Gloria”. The choir’s hard work over the last six months shone through in this dramatic and expressive setting of a Catholic Mass.

Members of the audience praised the concert, some saying it was the best so far. One person said:?“Well done to you all to put on such a professional evening.”

Another added: “We really enjoyed the concert, the soloists were great and we loved the Pearl Fishers duet. What a wonderfully talented group you are. We shall look forward to May.” 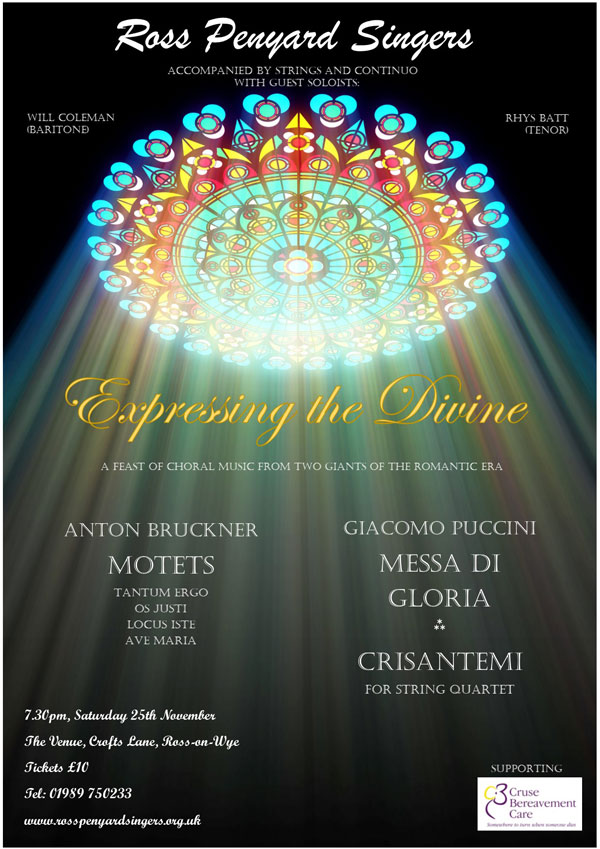